Thirteen hundred men from Connecticut took part in the Battle of Gettysburg from July 1 to 3, 1863. When the battle was over, sixty-nine were dead and 291 were wounded, captured or missing.  Overall the two armies suffered nearly fifty thousand casualties. George Baldwin, a soldier in the Fourteenth Connecticut Volunteer Infantry, one of the regiments that bore the brunt of Pickett’s Charge, was wounded at Gettysburg and died a month later. Artifacts from the Civil War began to enter the collections of the Connecticut Historical Society even before the conflict was over. Some items were donated as early as 1861.

Today we too often think of history as something that happened in the past, but in the 1860s, both soldiers and civilians were aware of the historical significance of their experiences and wanted to preserve the memory of those events for future generations.  Those future generations also continued to be fascinated by the war that almost tore their nation in two, and CHS has continued to receive important collections of Civil War memorabilia right up to the present day. George Baldwin’s portrait is part of a large collection of portraits of Connecticut Civil War soldiers that was given to the Connecticut Historical Society by Clifford T. Alderman in 2012. 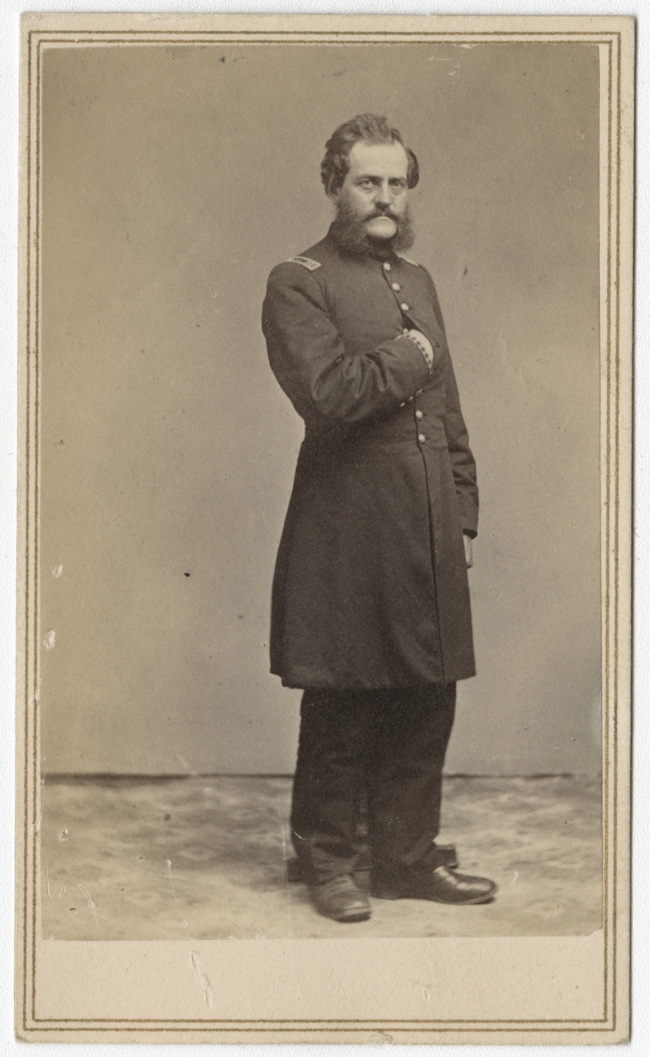 1 thought on “In the Aftermath of Gettysburg”