Our exhibit, Making Connecticut, showcases over 500 objects, images, and documents from the CHS collection. “What is this?” posts will highlight an object from the exhibit and explore its importance in Connecticut history every other week. What is this object? What is the story behind it? To find out more, 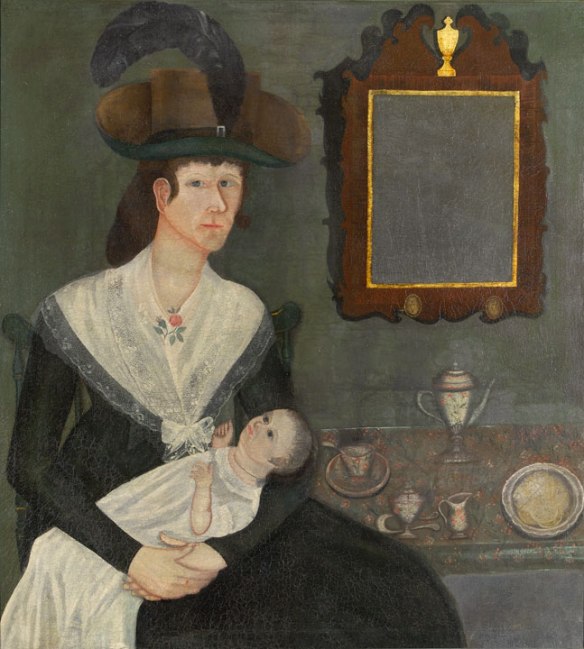 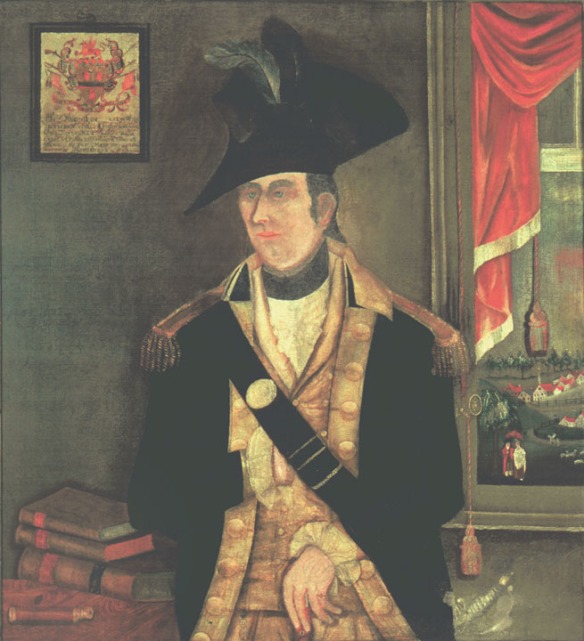 It’s a plate of lemons.

These portraits are of Major Reuben Humphreys and his wife, Anna.

Major Humphreys was born in West Simsbury, (now Canton) in 1757, married Anna Humphreys, his first cousin, and together had 12 children. Humphreys had a good sense of humor and his response when someone told him that having children is a blessing was “So is snow, but who wants it twelve feet deep?”

He first served as a private in the American Revolution and became an officer in the Connecticut Militia. In 1796 he was appointed superintendent to Newgate Prison in East Granby, Connecticut. He held the title for five years. 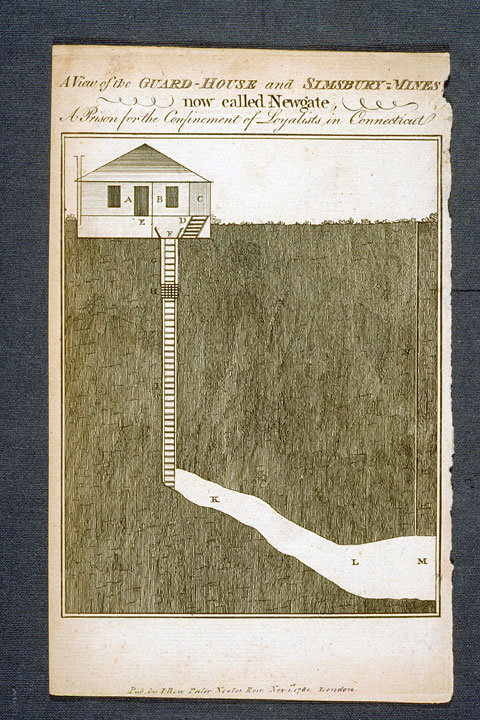 Major Humphreys and Mrs. Humphreys had their portraits painted by a convict of the prison, Richard Brunton. Though not a painter, Brunton was an engraver of bookplates, silver ornaments, and watches. He was caught counterfeiting and admitted to Newgate Prison. This engraving of Newgate Prison was done by Richard Brunton: 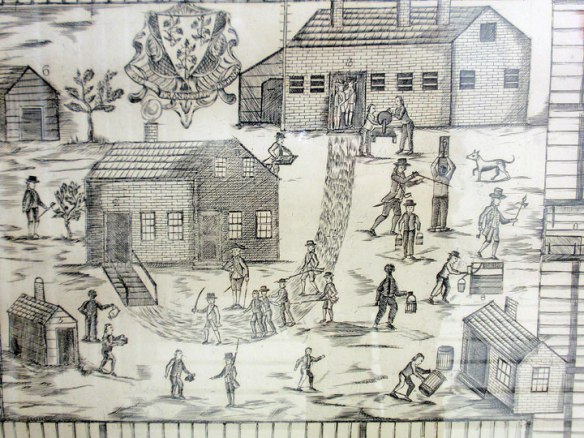 Not much is known about Richard Brunton though he may have engraved some broadsides after he was released from prison. A Prospective View of Old Newgate, Connecticut’s State Prison engraved by Richard Brunton, East Granby, about 1800, gift of Charles T. Wells.

Though limited in proportion and perspective, these folk paintings show an incredible amount of detail and many of the objects symbolize the lives of these two people. The Humphreys’ coat-of-arms painted in gold leaf is proudly displayed in the corner of Major Humphreys portrait. The material goods included in the painting, like the leather-bound books, the coat-of-arms, and the civilized town view through the window are signs of his social rank, while the swag curtains, his cane, watch chain, and ring reveal his wealth and taste.

Mrs. Humphreys is showcasing her wealth by wearing in a dark green gown, fichu, and posey and seated in a Windsor chair. She is also wearing a high-crowned, wide brimmed hat with a large plume on the font. Her infant child lays in her lap representing the fact that she’s a mother. Next to her is a tea table of silver sugar tongs, a plate of sliced lemons, and a tea set of flowered china symbolizing she’s wealthy enough to entertain guests. An elaborately carved urn shaped looking-glass hangs over the table—a stylized piece of furniture of the time.

A new category of people—the middle class—was born after the American Revolution. Class lines based on inheritance got blurrier, as the language and spirit of democracy affected “ordinary” people. Wealth, literacy, and refined consumer goods became attributes many people could acquire and display.