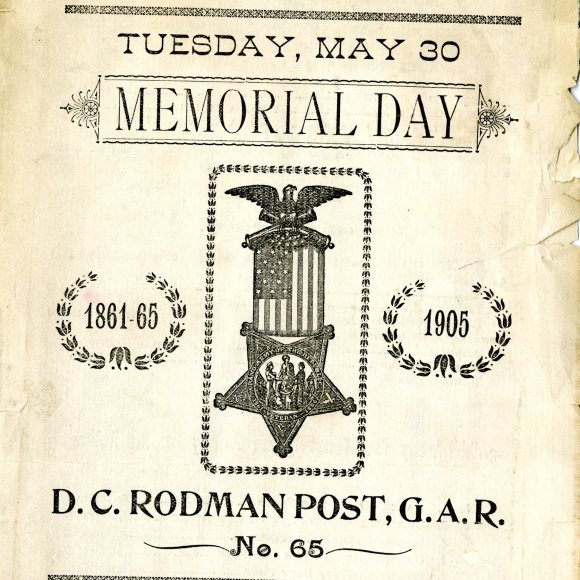 Cover of a Memorial Day program organized by the GAR in East Hartford, 1905

As the end of May approaches I begin my mental checklist of things to do over Memorial Day (originally named “Decoration Day”) weekend: mow the lawn, plant the vegetable garden, make barbeque plans (after consulting the weather gods), attend the local parade, maybe go biking or kayaking; oh, and put flowers on my parents’ graves. Memorial Day, the unofficial gateway to summer in these latitudes, carries multiple meanings for many of us.

A century ago this day likewise carried great meaning, in part due to accelerating attrition among the thousands of Civil War veterans, north and south, still alive then. Much as with WWII veterans of today, their ranks were quickly thinning, calling to mind not only the great sacrifices made during that conflict, but in retrospect how much life in America had changed in the ensuing half century. 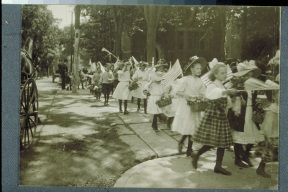 In Connecticut the Grand Army of the Republic (GAR), the leading Union veteran’s organization, spearheaded many of the ceremonies. A centerpiece of the day’s events would be the decorating of veterans’ graves, often by young people. (Today Boy and Girl Scouts often undertake this task, placing American flags instead of flowers.)  GAR members, in uniforms inspired by those worn by Union troops, would place wreaths at many of the state’s Civil War monuments. Church services, musical performances and sometimes picnics would complete the agenda. 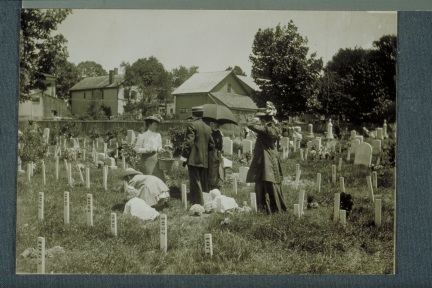 Organized memorial activities began soon after the Civil War and a host of cities and towns have claimed to have initiated the observance. For the past three years, as I have visited my sons at an upstate New York college, I’ve noticed that Waterloo, New York, has a Memorial Day Museum and the claim as site of the first official Memorial Day, in 1866. Turns out it was not until 1966 that Congress weighed in and officially named this Finger Lakes town as the official birthplace of what we now call Memorial Day. One of these days I am going to have to visit that museum…

While the “official” Memorial Day has just passed, we are still in time for the traditional date, May 30. So if you didn’t have a chance to complete your holiday checklist there’s still time to do chores, and remember.